The specific geographical location from which the studies are oriented are Eastern traditions on an Old Syriac basis, especially villages of the north-eastern Lebanon mountains …. The occasion for further interrelated individual studies was given by basic chants from Syro-Maronite liturgies ….

The research work was accompanied by a recording activity (in Lebanon and Syria) which began with Christmas 1971 and was temporarily concluded in autumn 1976. Collections of independent monasteries, individual collections with monks, priests, deacons of Lebanon, then of several local traditions of south-eastern Turkey – mainly recorded in congregations of Aleppo and El-Qamishlyie – and of traditions of northern Iraq have been included.

The local traditions probably always include the cult songs of the whole year and a great many songs from everyday village life, recorded with women and men individually or alternately. In Syria, small pieces, cult chants of Islam and recordings with religious-esoteric groups are added – always presumably of specific Syrian tradition. 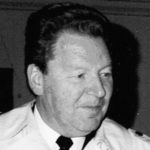